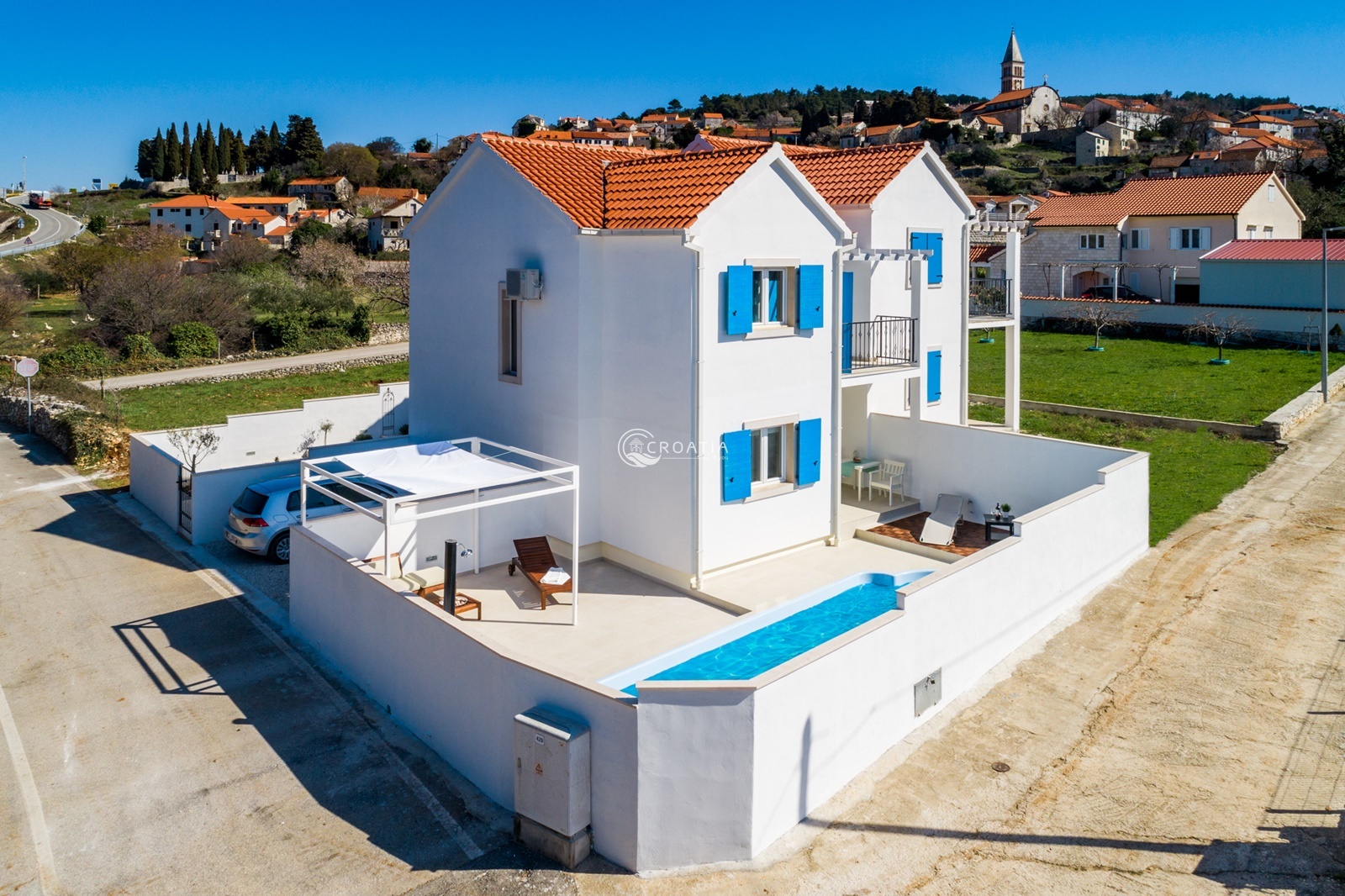 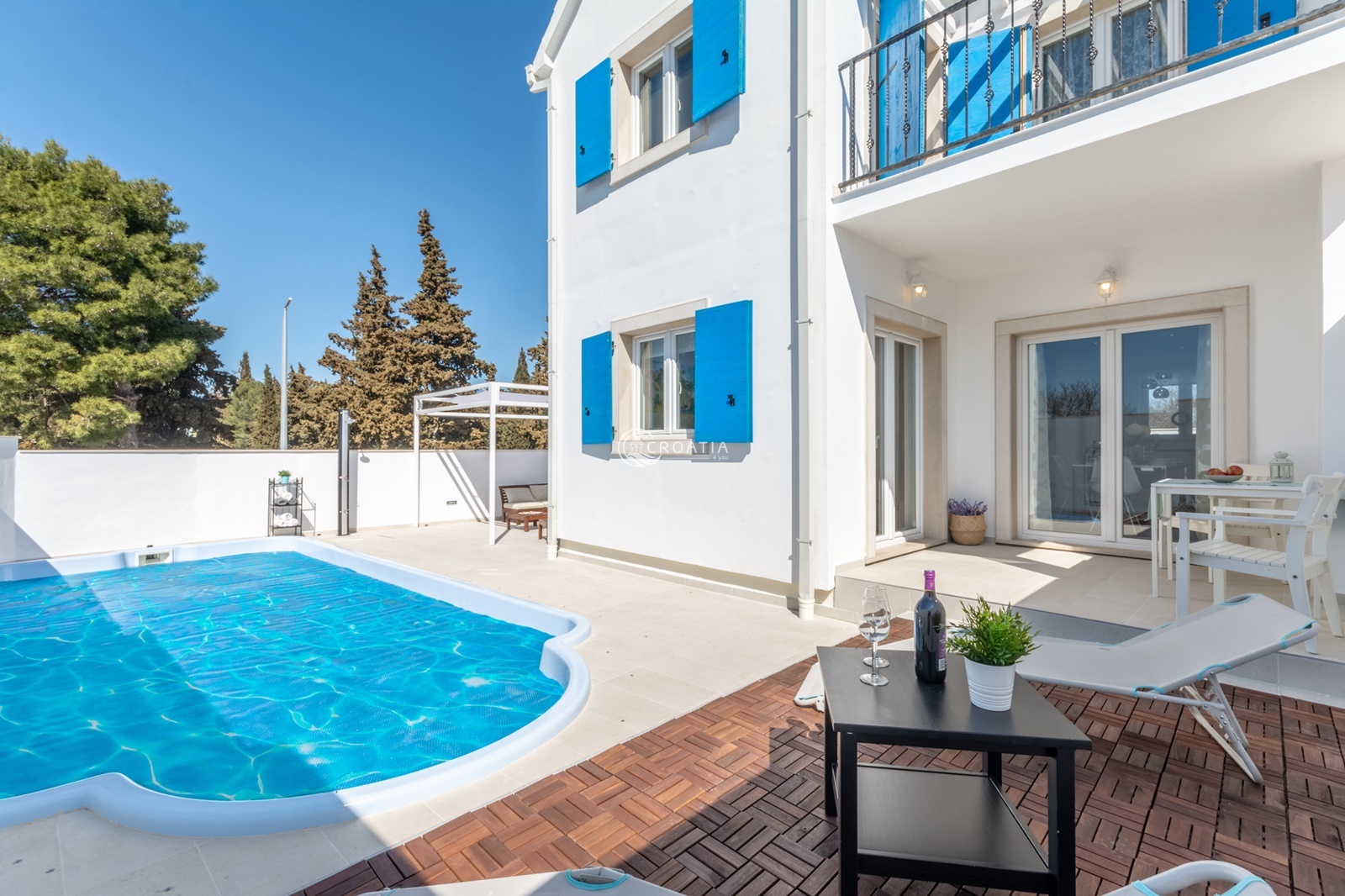 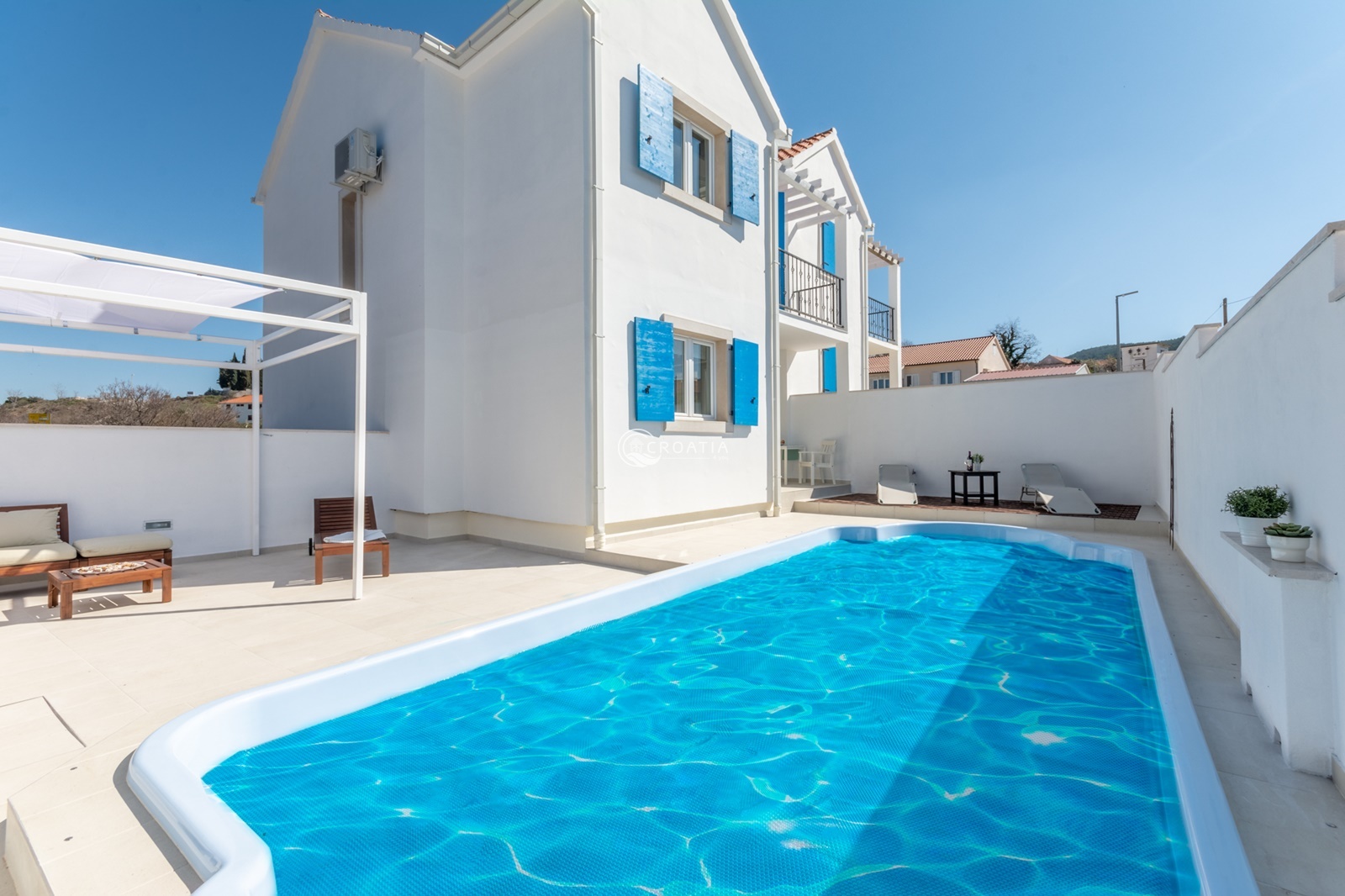 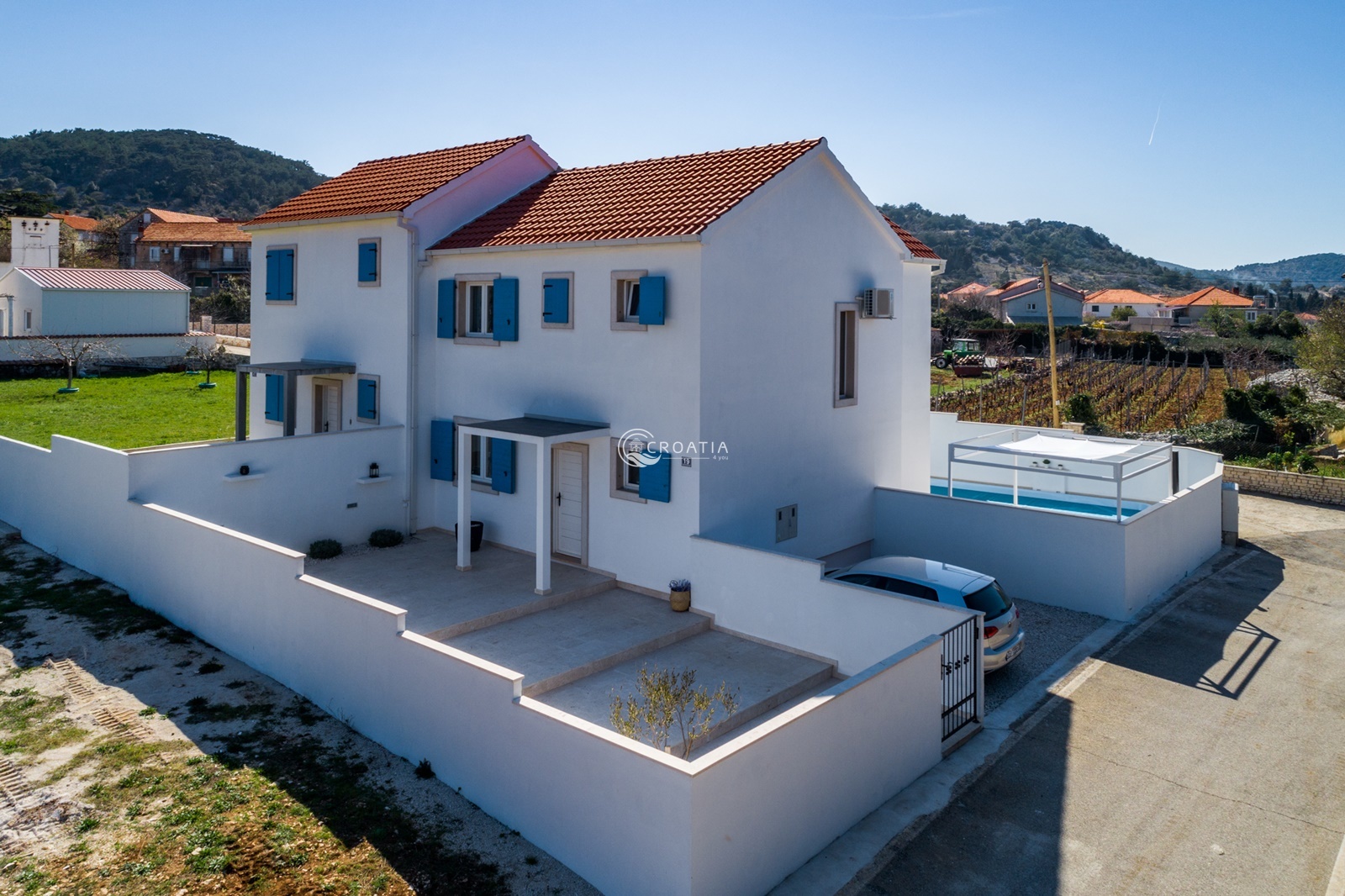 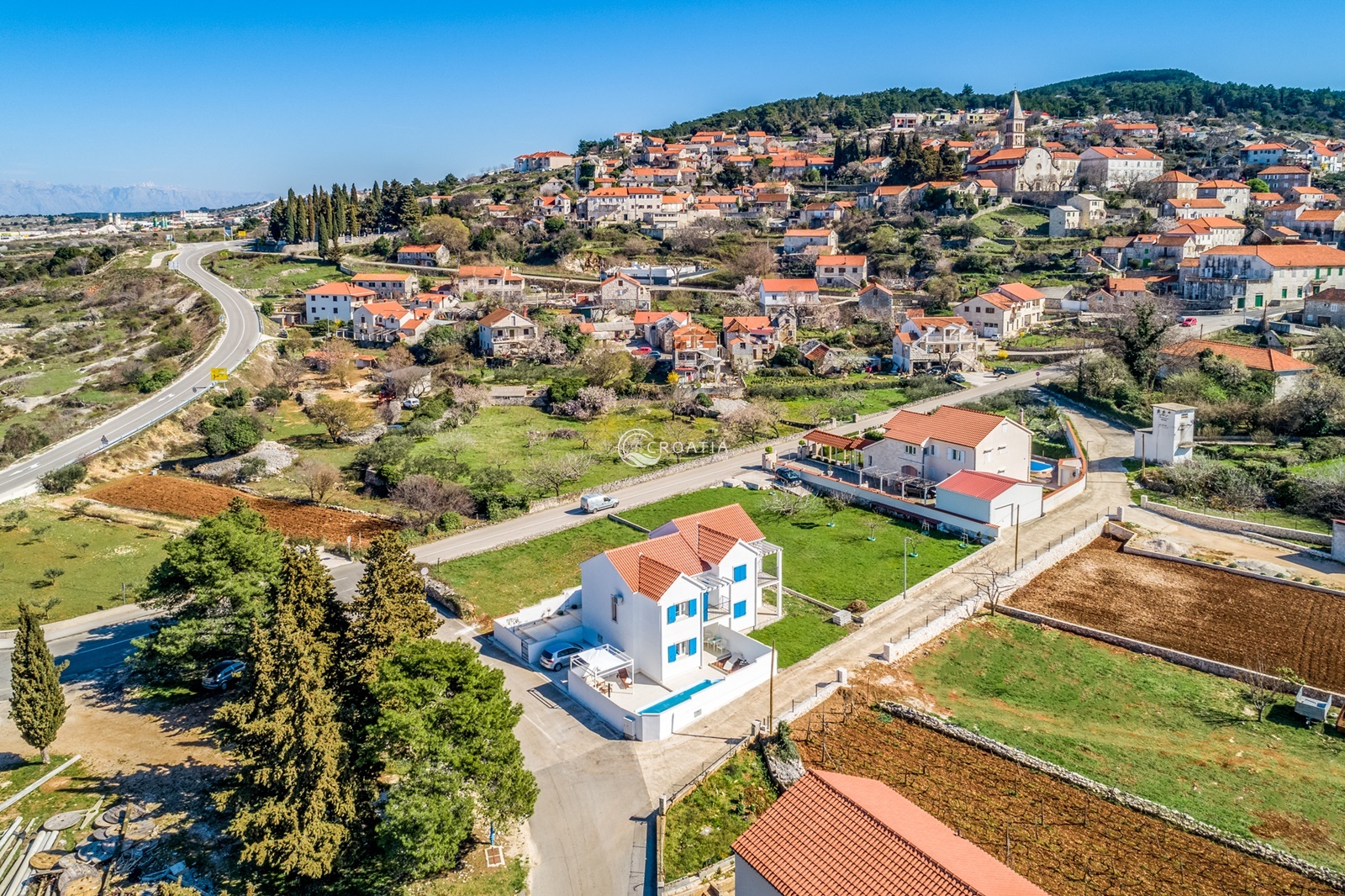 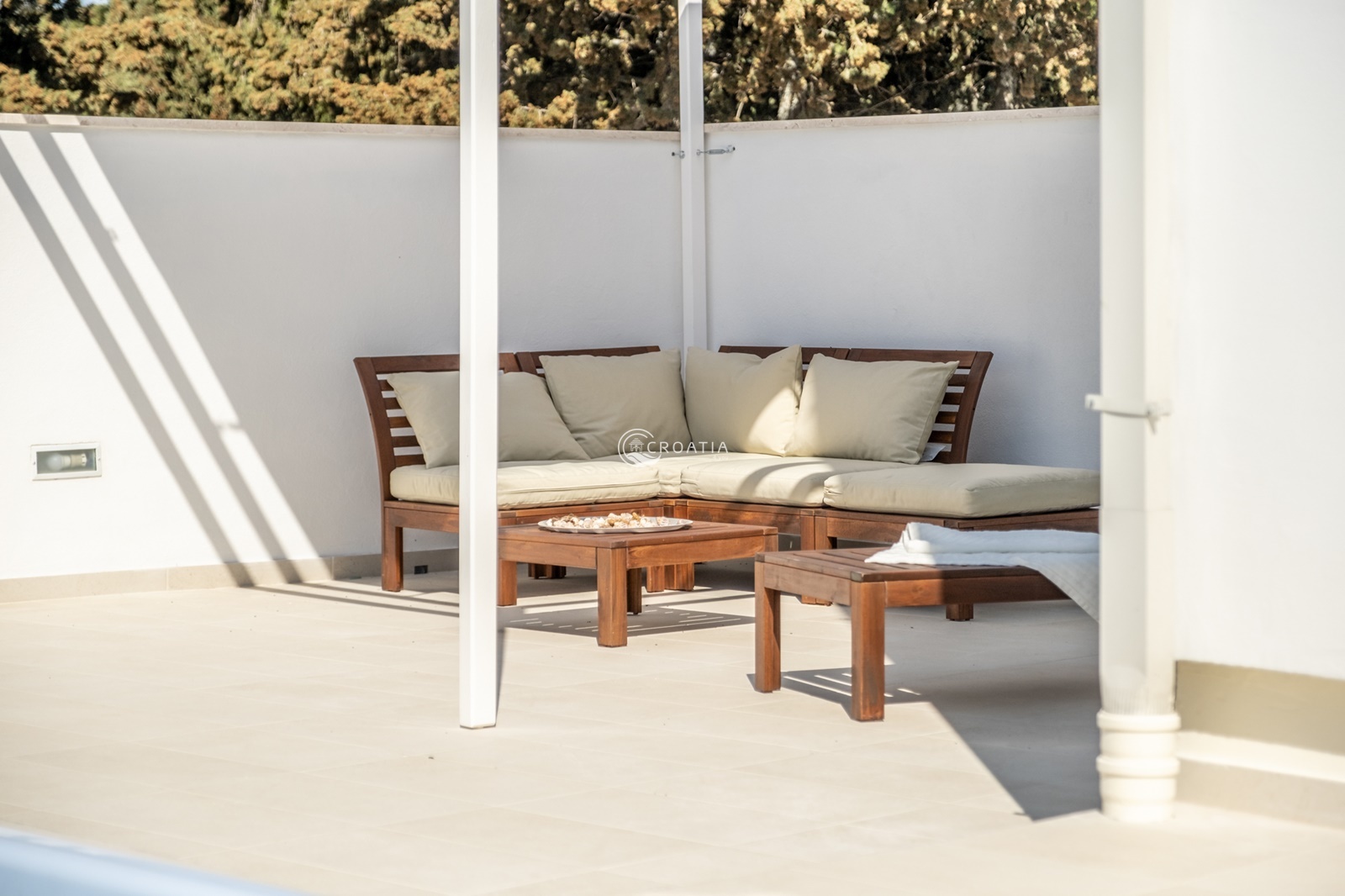 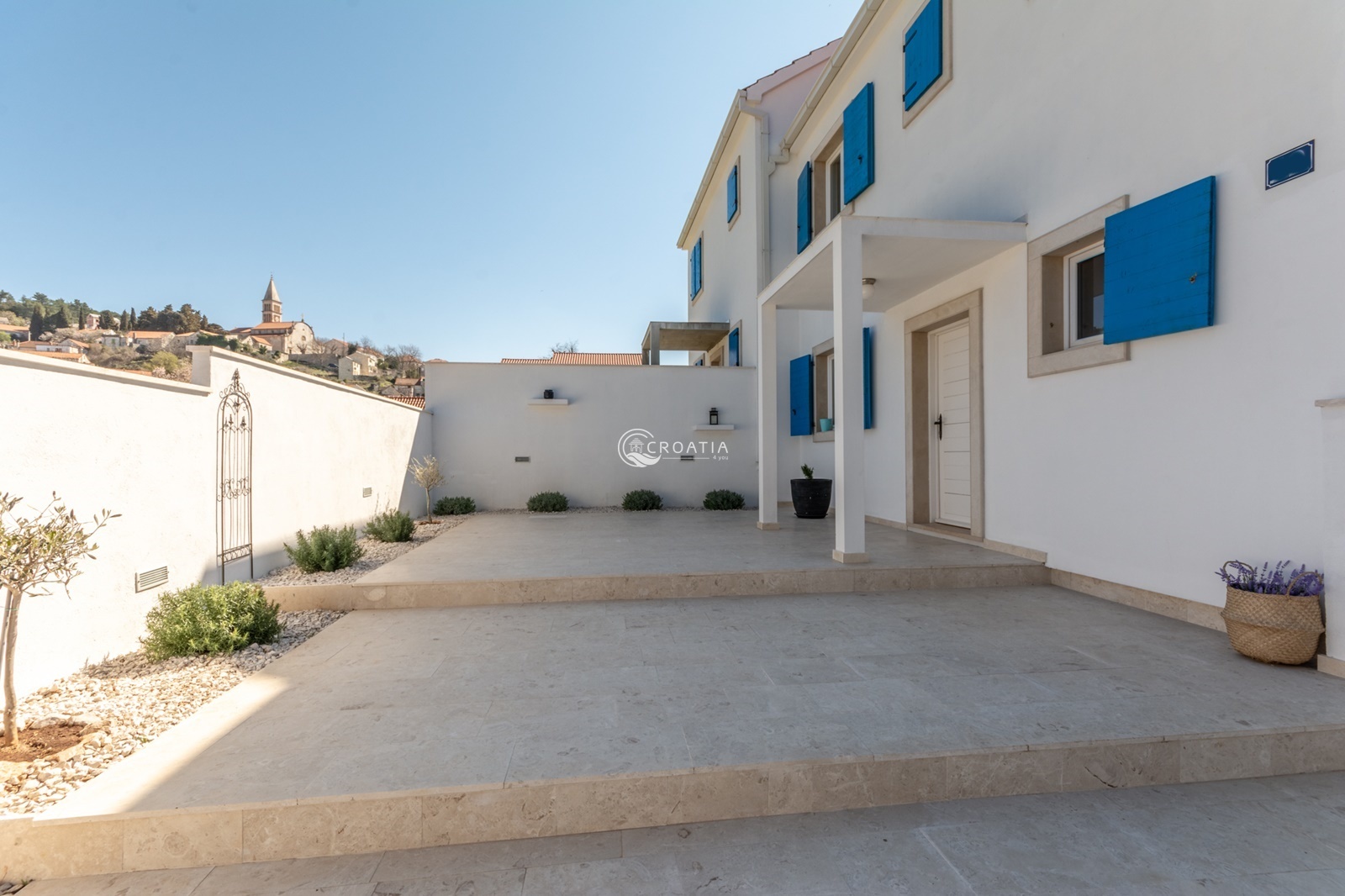 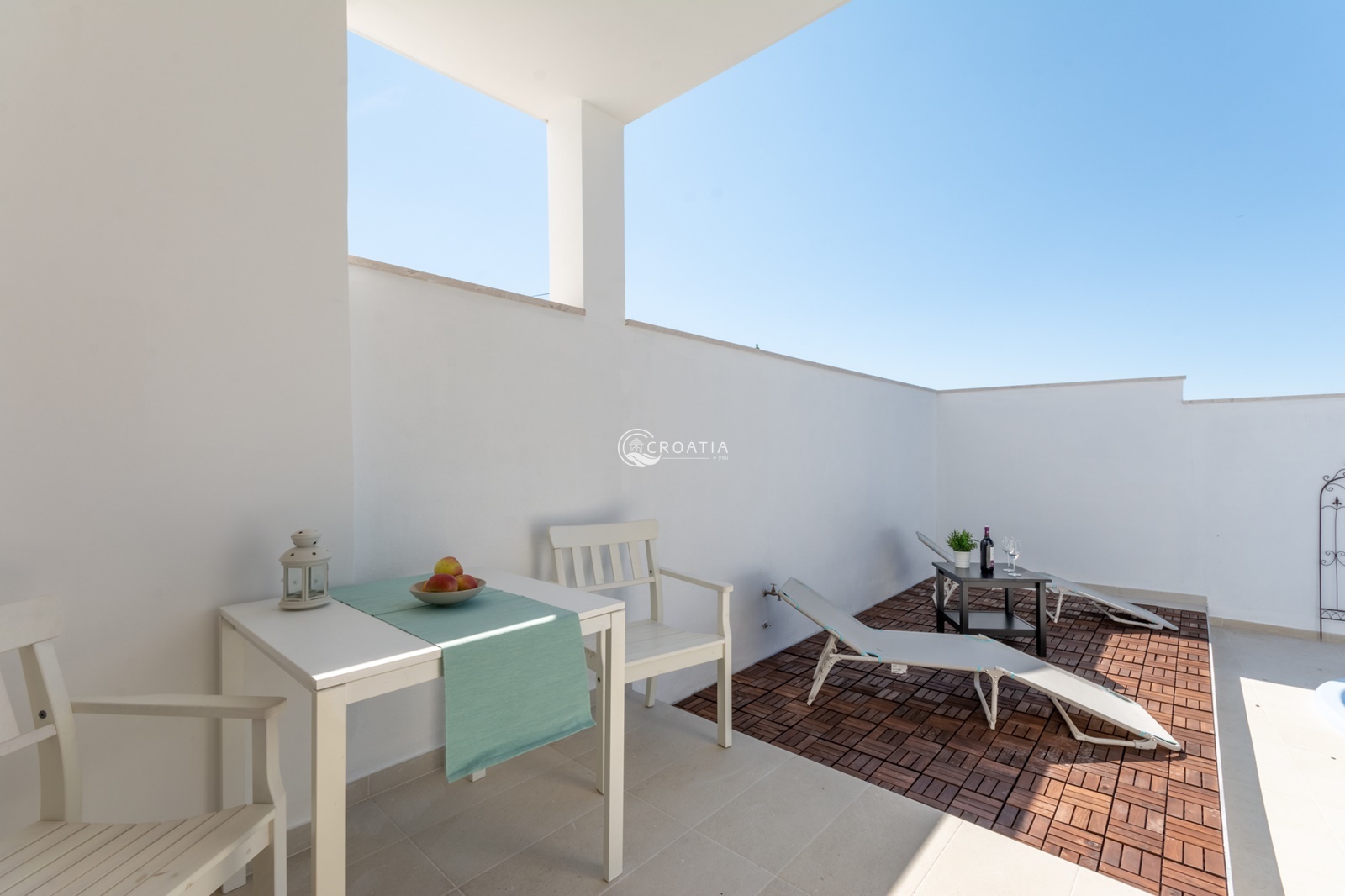 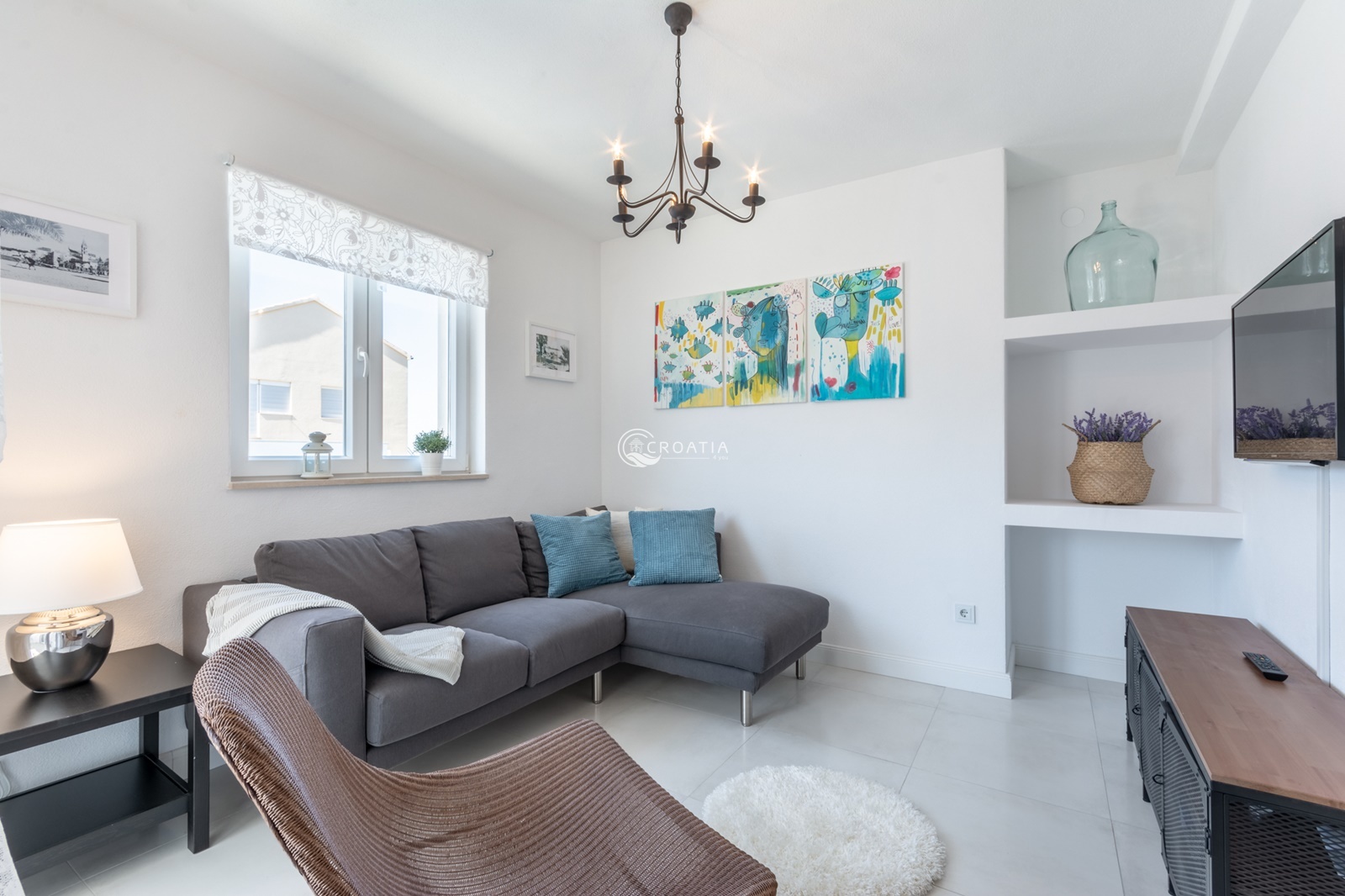 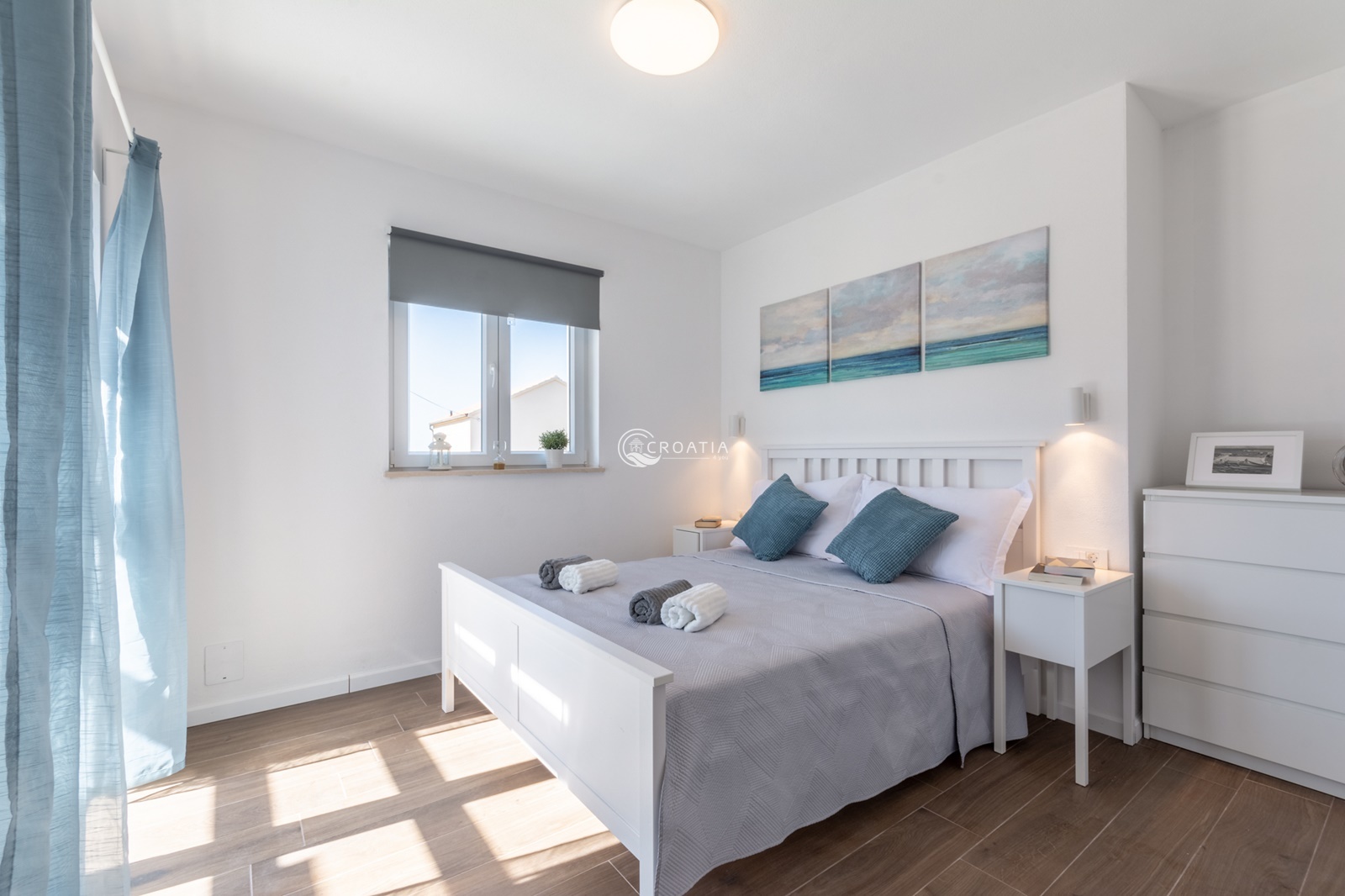 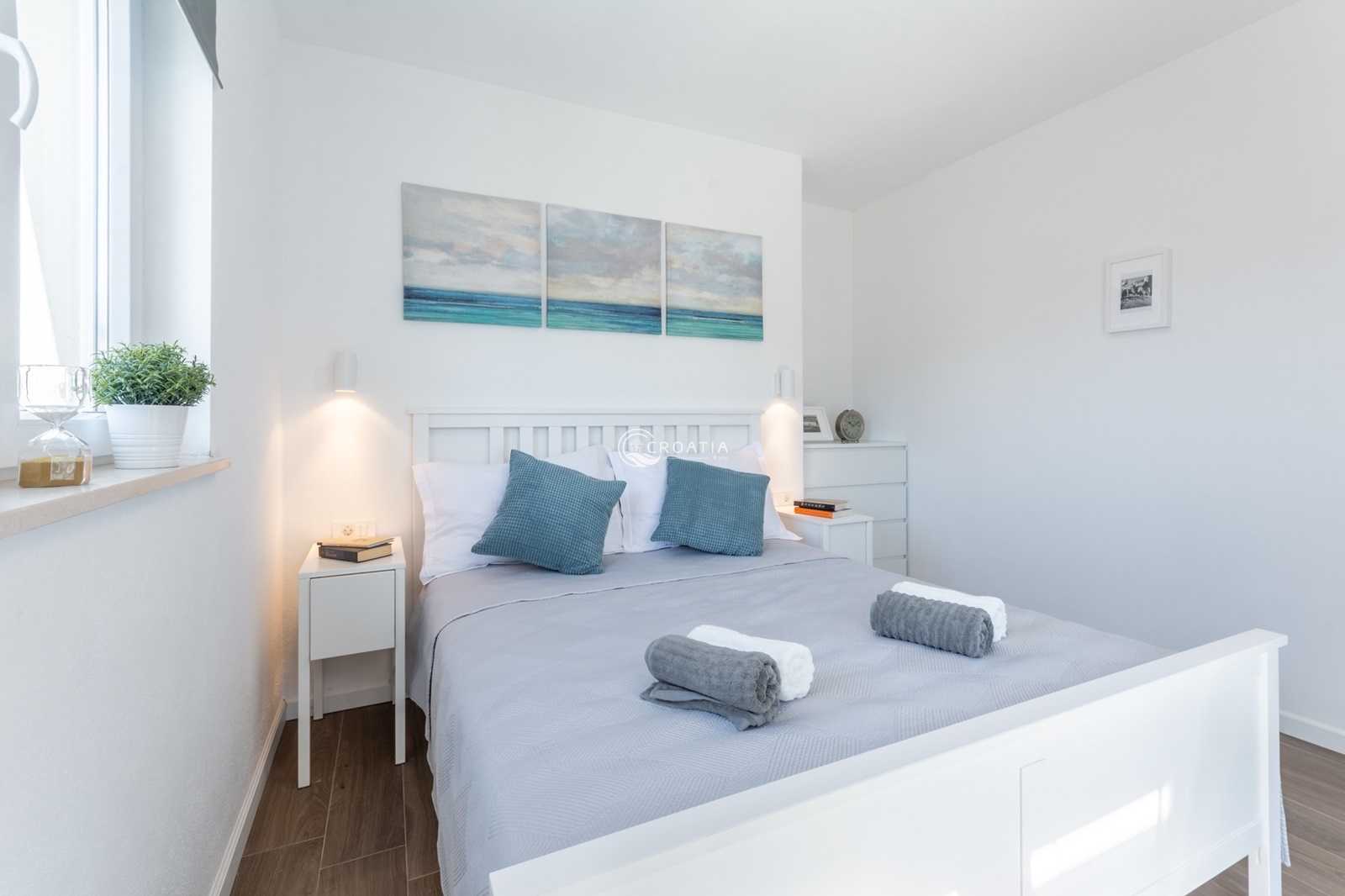 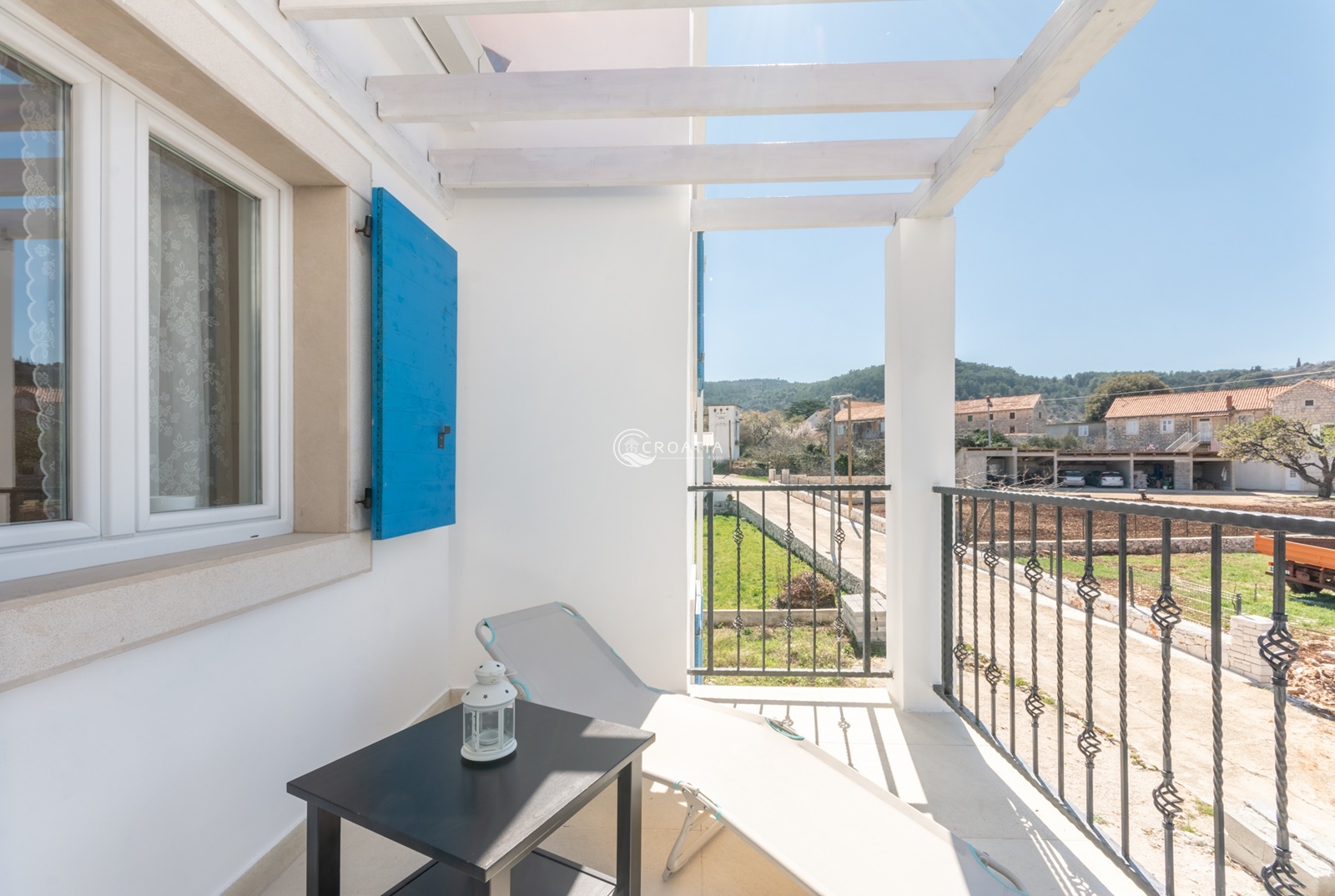 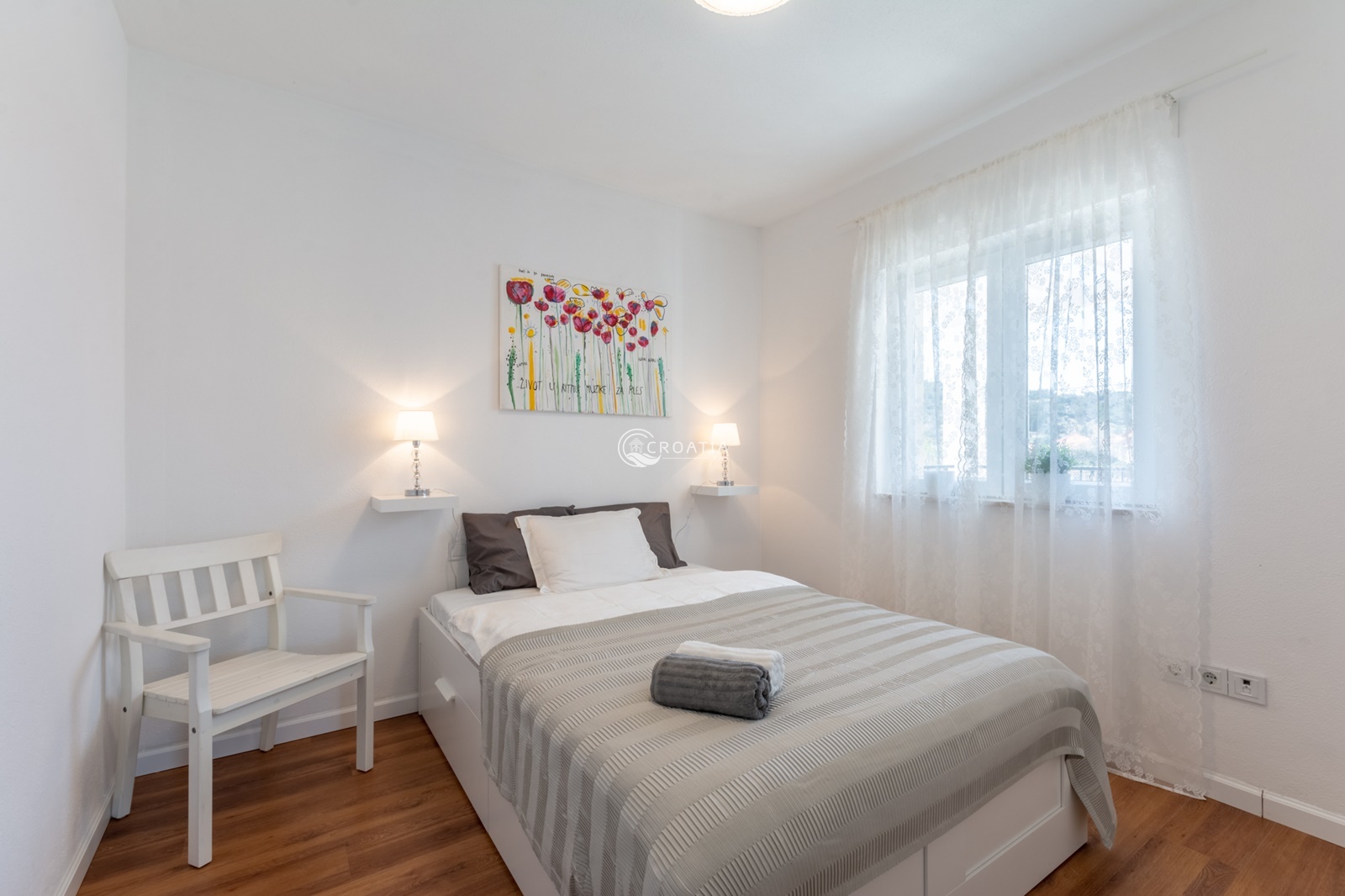 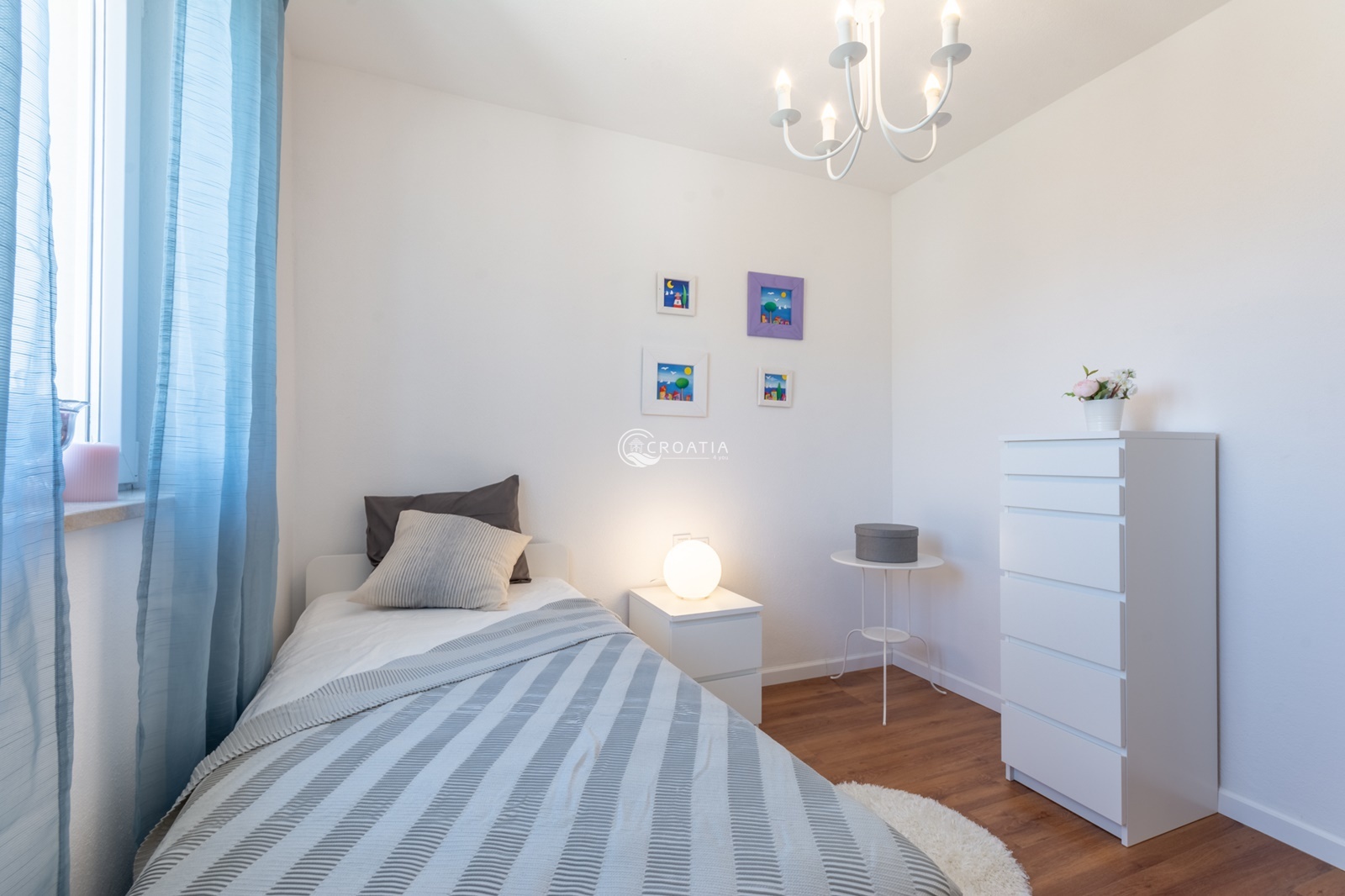 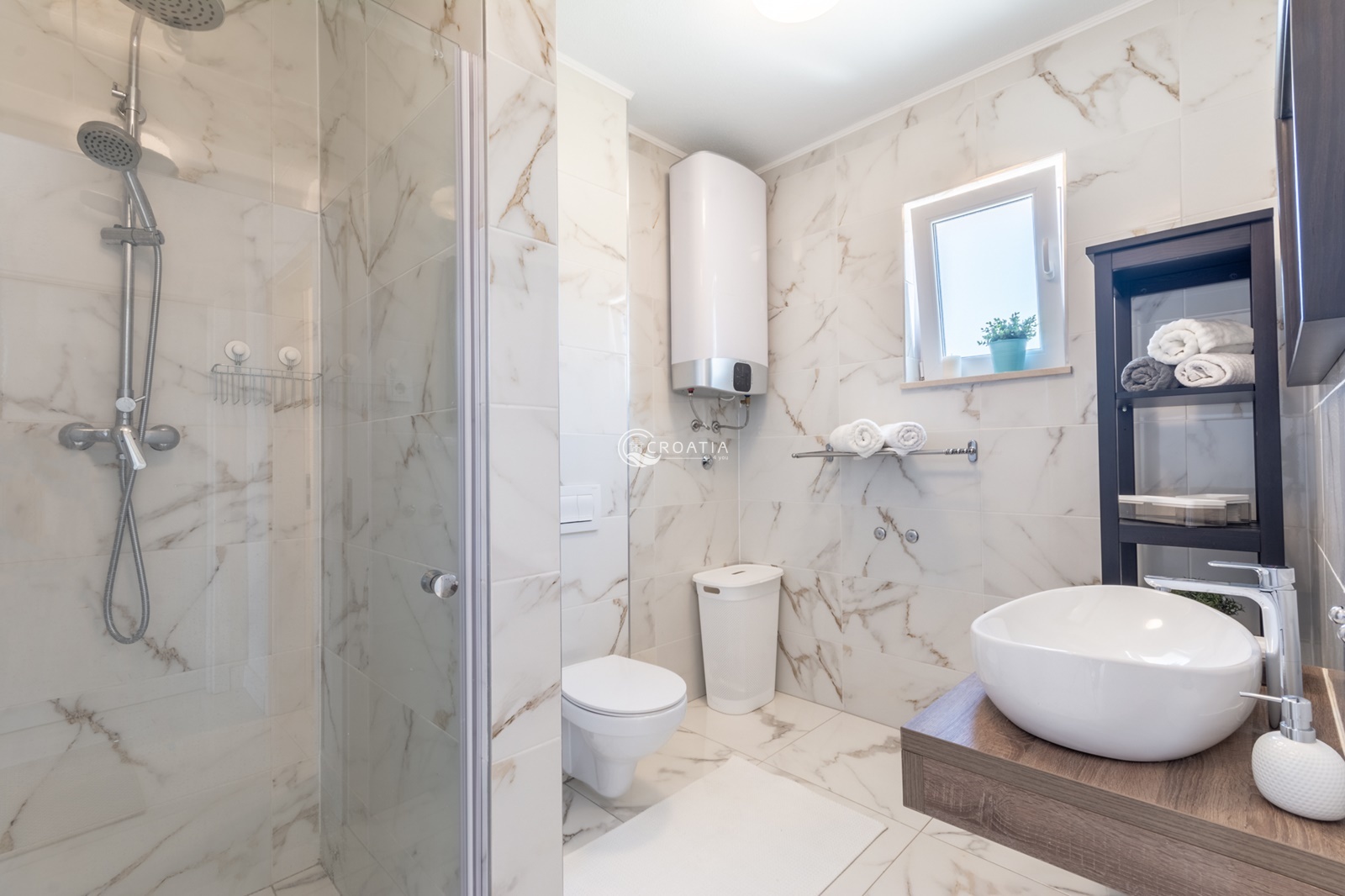 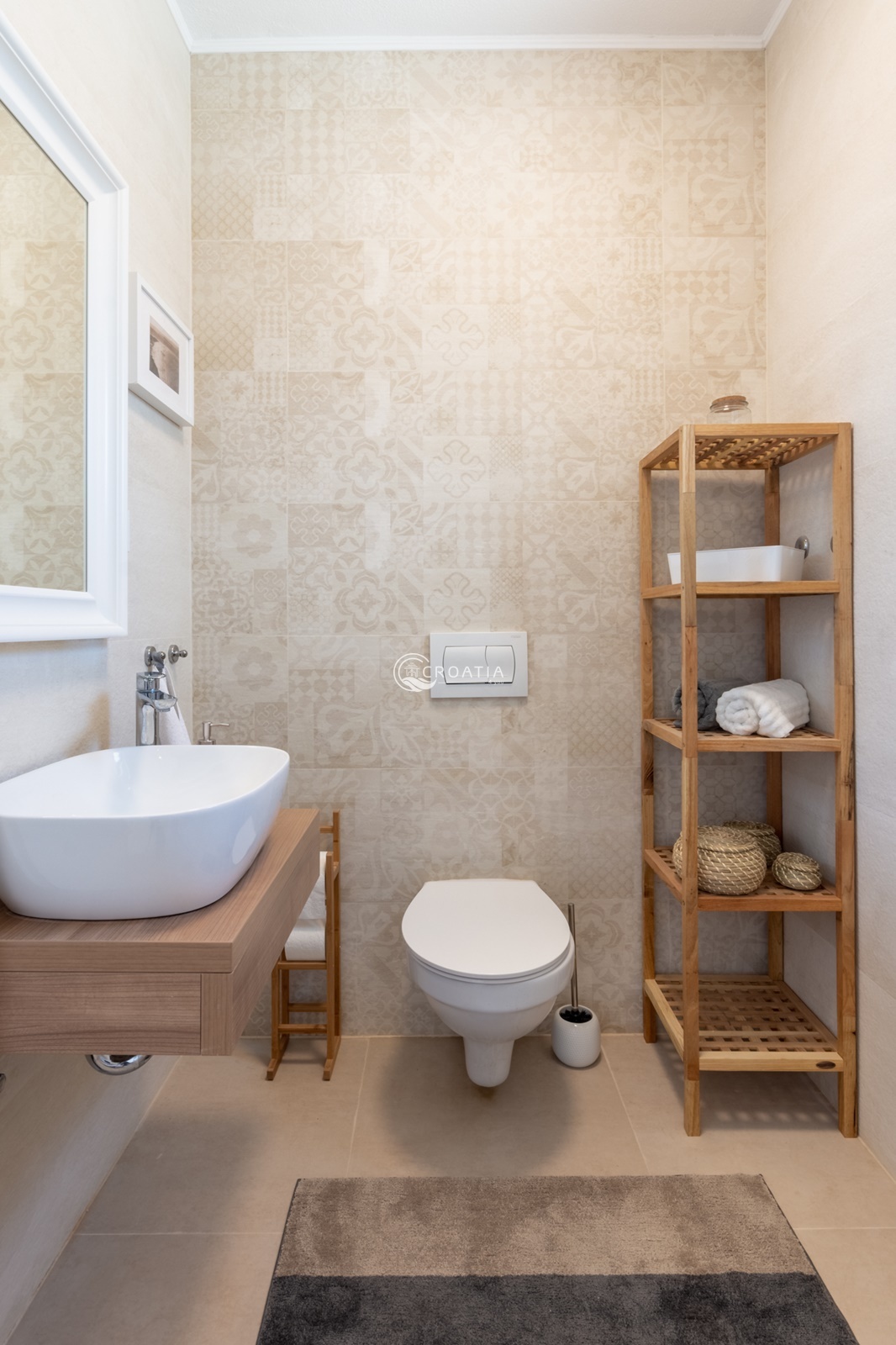 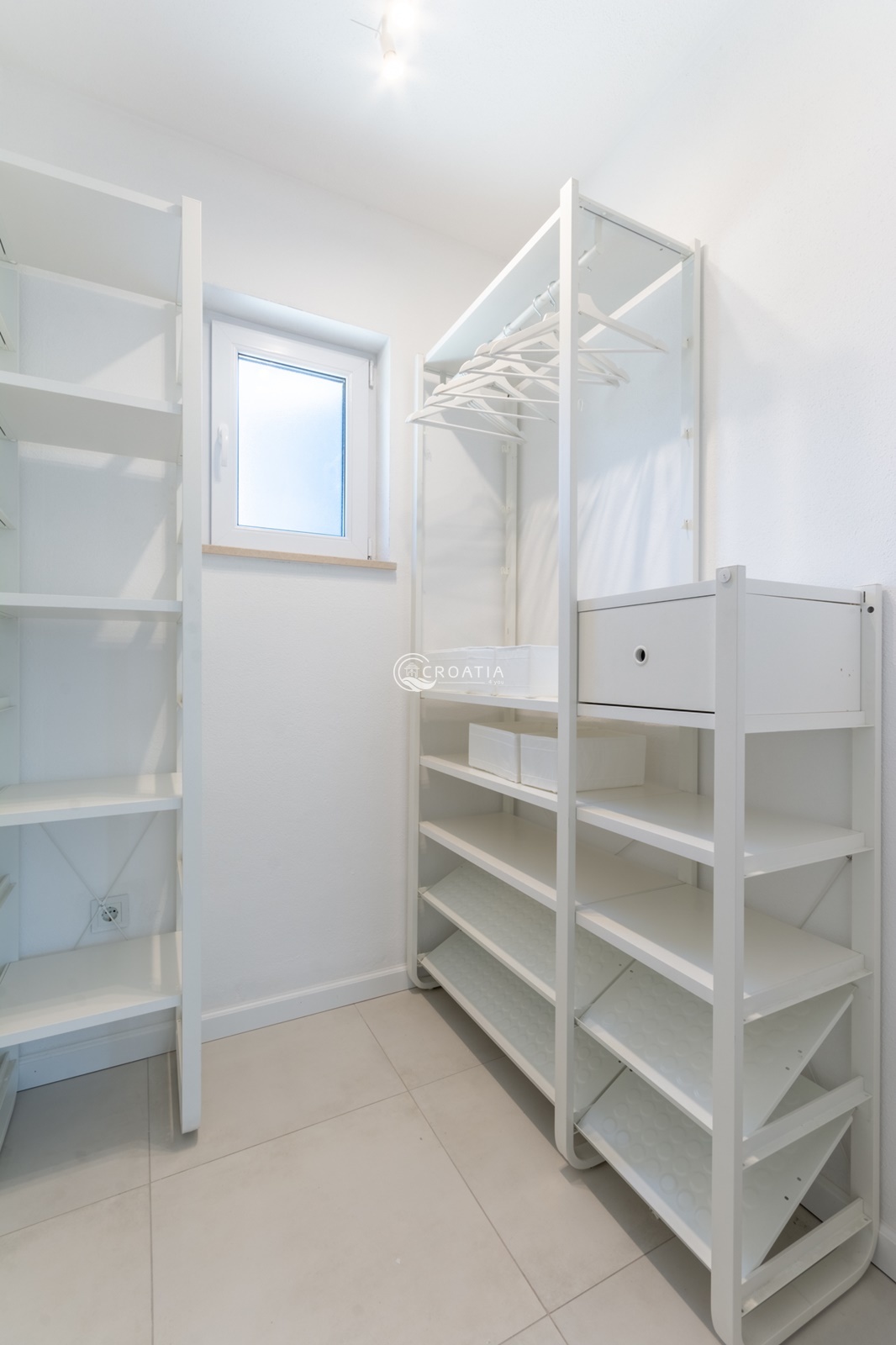 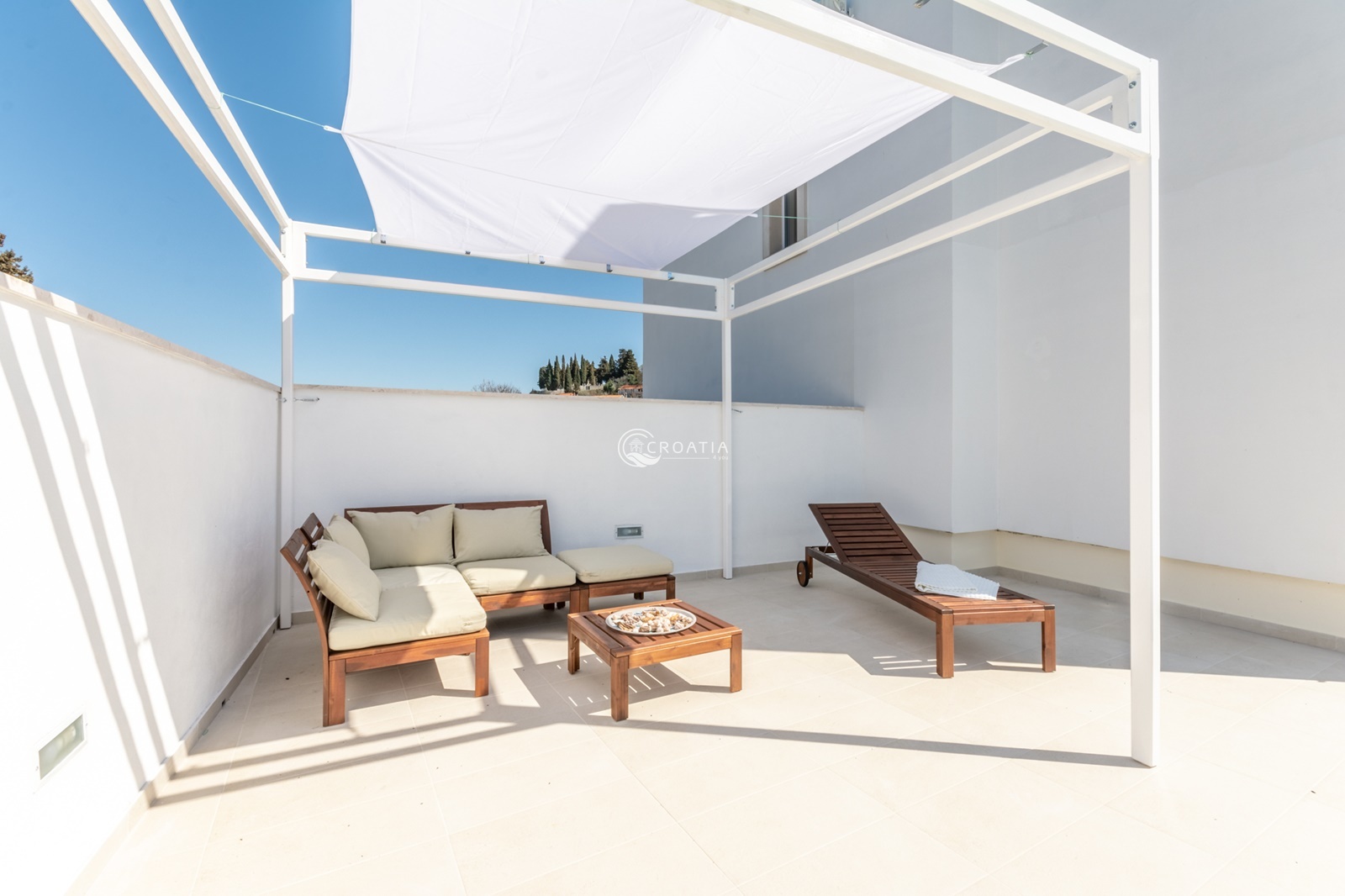 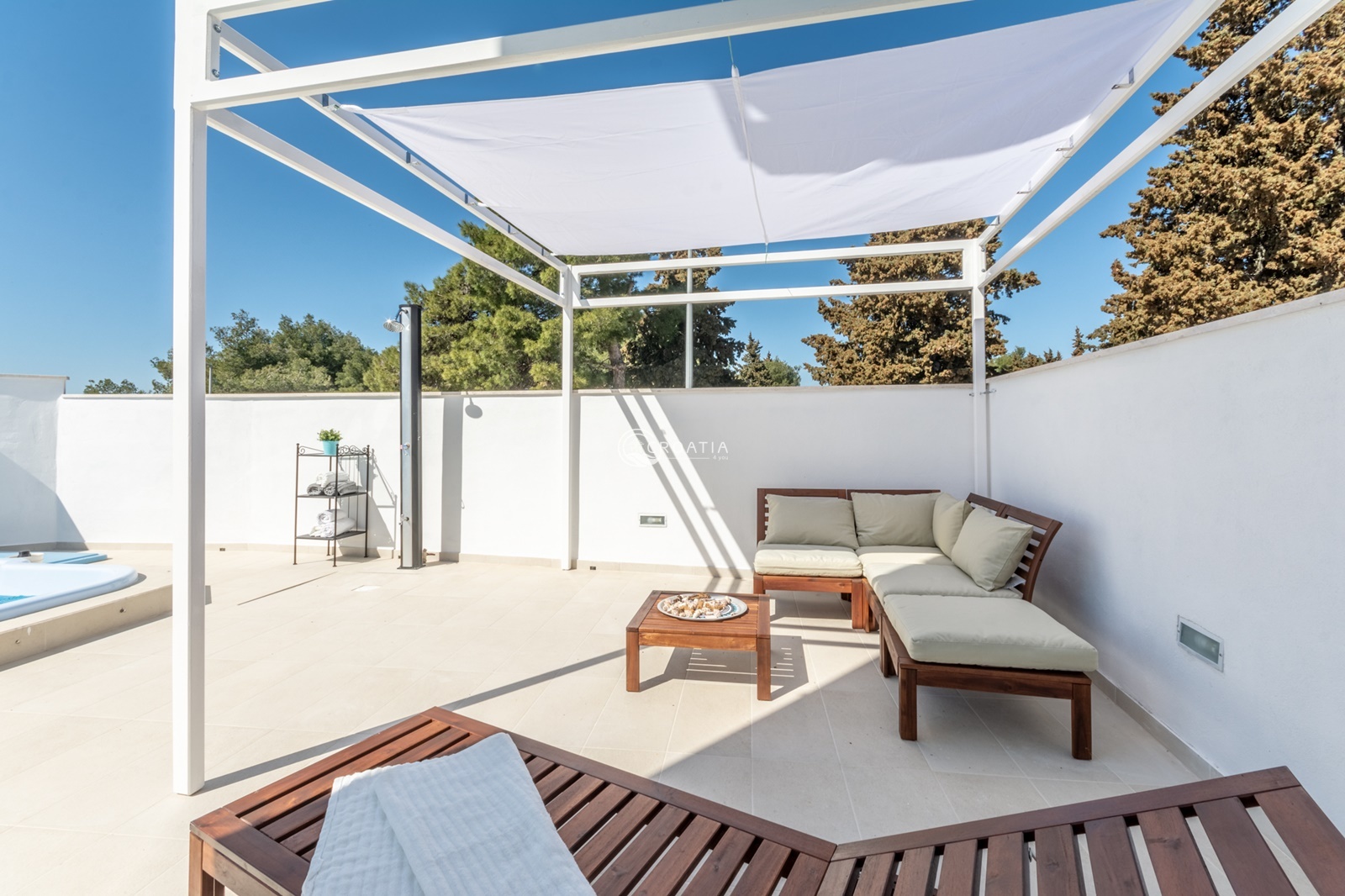 Villa on island of Brac

This semi-detached villa is located in Nerezisca on the island of Brac.

Both residential units have a total of 198.44 m2 and consist of ground floor and first floor. The total land area is 467 m2. The 106 m2 villa is fully furnished and equipped with all amenities and is currently being used for rent, while the 92.44 m2 villa is in ROH-BAU condition. Both villas are built in a distinctive Mediterranean style. In front of one villa there is a swimming pool and rest area while behind the other there is a landscaped lawn. Each villa has 3 bedrooms and one bathroom with toilet. The villas have a total of 3 parking spaces. Distance from the sea is 7 kilometers.